BEAT is the "heart beat" or pulse of the music.
(strong/weak) 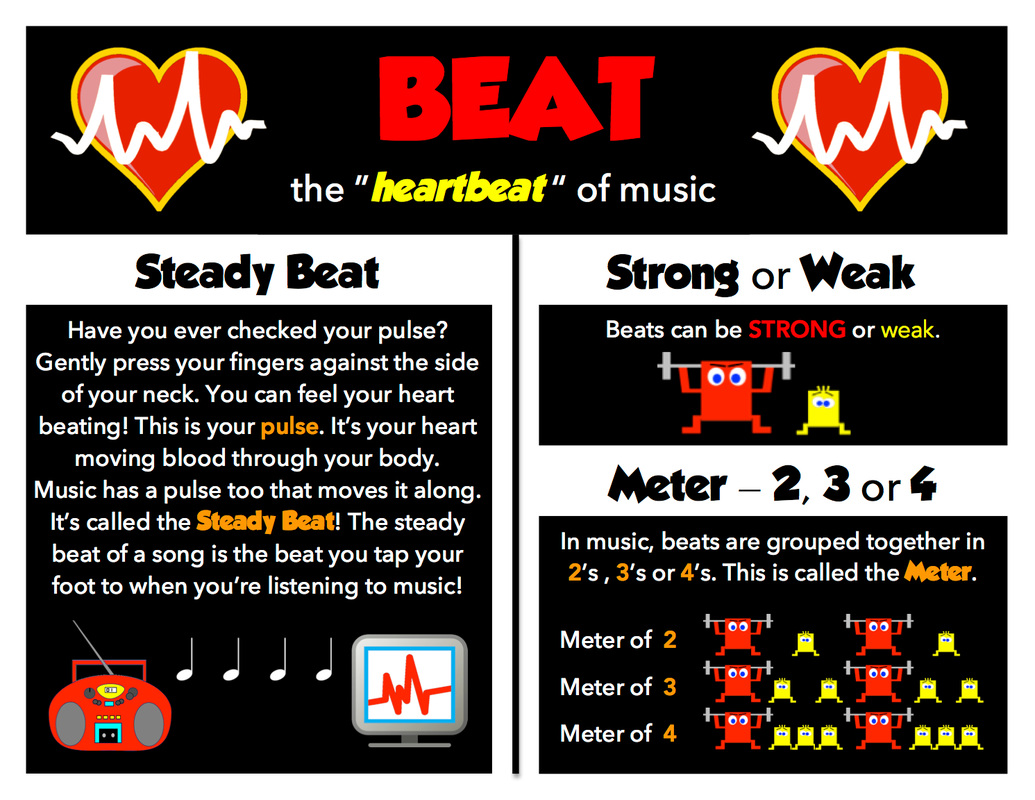 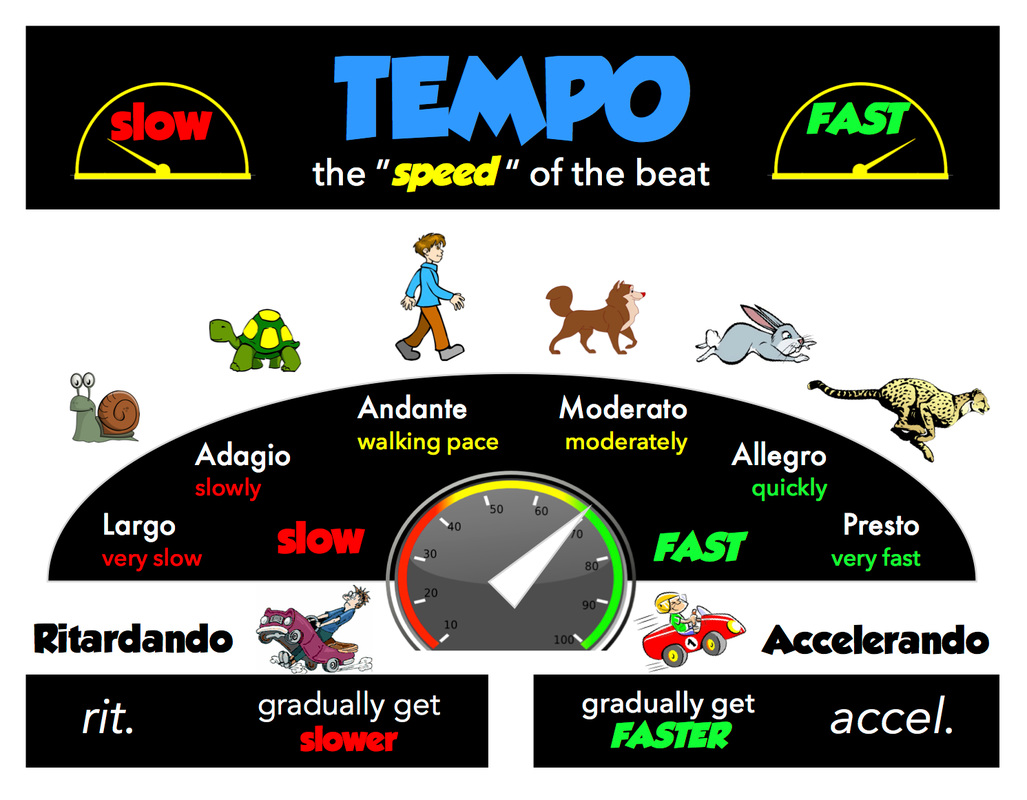 PITCH is the "highness" or "lowness" of the sound.
(high/low) 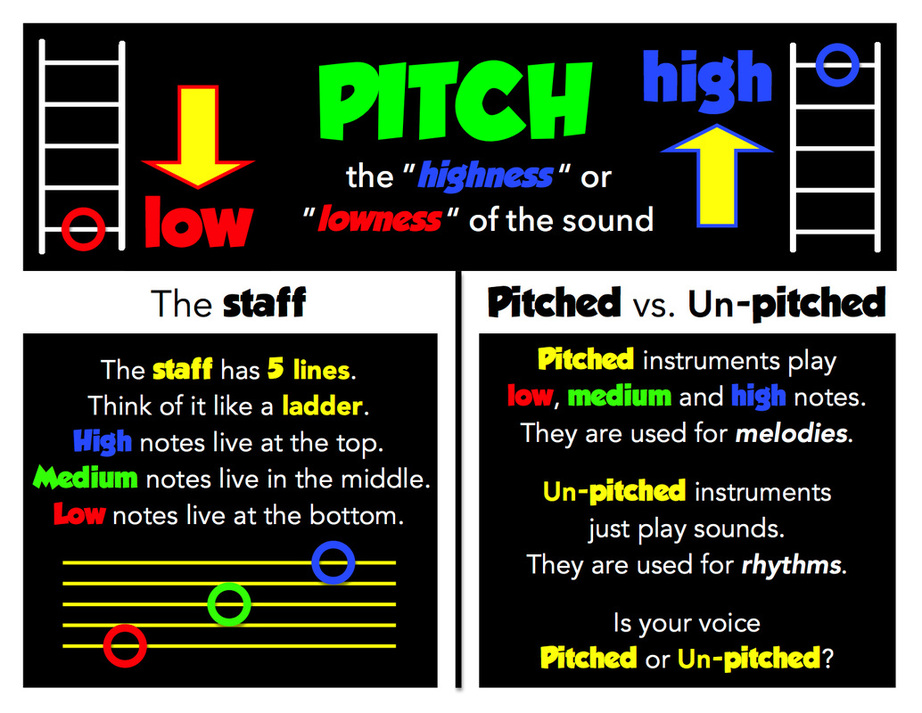 DYNAMICS is the "volume" of the sound.
​(loud/soft) 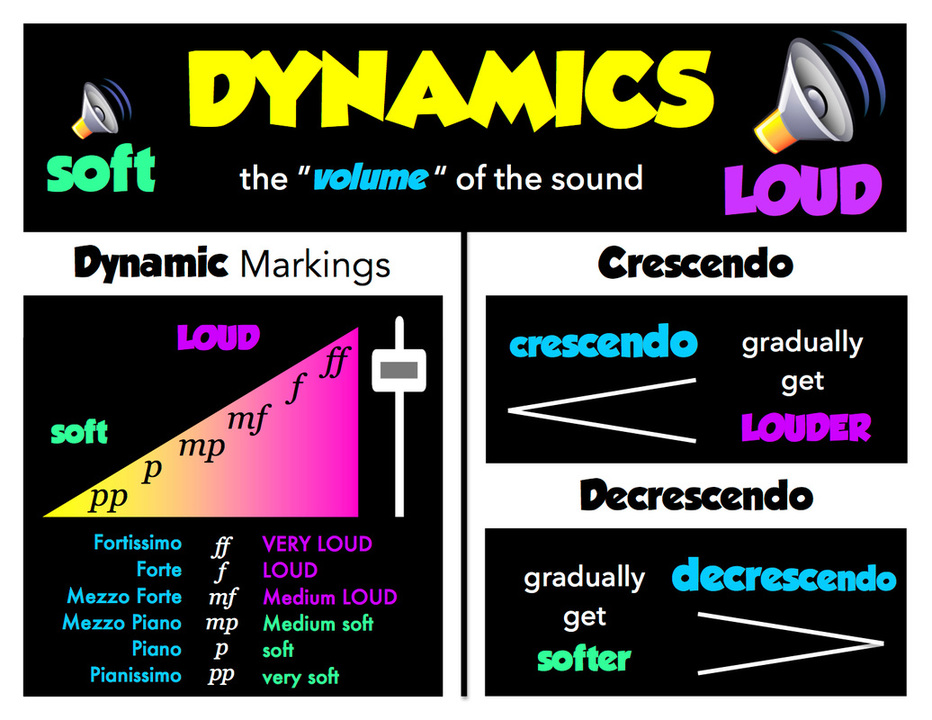 RHYTHM is "patterns" or combinations of
"long" and "short" sounds and silences.
(long/short) 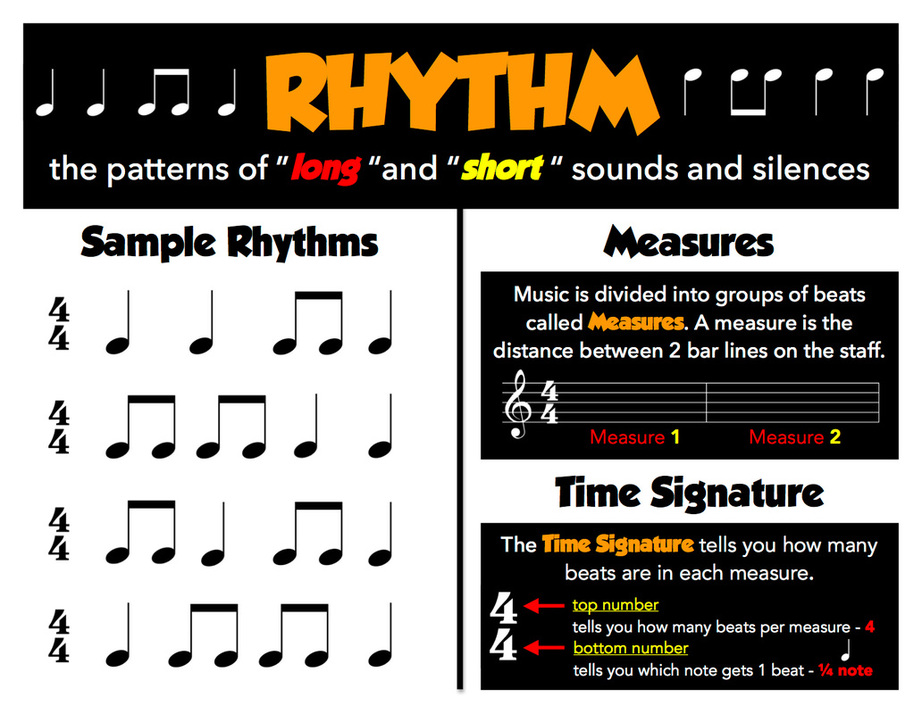 RHYTHM RANDOMIZER
Click the button above to go to a website that generates random rhythm patterns! You can set the Time Signature, amount of Measures, types of Notes, etc...

FORM is the "order" or pattern of sections in a piece of music.
​(How a song is organized.)

When you want to figure out the FORM of a song, you first listen for patterns in the music. Then, identify the different sounding parts and label them alphabetically. The first, main part you hear will always be "A" because it is the first letter of the alphabet. The next part will be called "B" and the next part will be called "C", and so on. If any part repeats, we reuse the letter. (If it sounds like the music from part "A" is being repeated, we call it "A" again).
Popular FORMS in Music

a form of music where the verses alternate with a refrain

a form of music where an idea (theme) is stated,
then altered as it is repeated (variations)

a form of music where all parts overlap the same melody,
but begin at different times
Now let's analyze the FORM of a famous piece of music. This song has A, B and C sections as well as an INTRODUCTION, INTERLUDES, and a CODA!

"Finale" to the William Tell Overture

Ostinato is a musical "pattern" that repeats.
(Over & Over)

Timbre is the "individual quality" of a sound.
(tone color)

Songs can either be in a Major or Minor key. A song in a Major key sounds "happy" or bright. A song in a Minor key sounds "sad", dark or mysterious. We can also refer to chords in the same way. If a chord sounds "happy", we say that it's a Major chord. If a chord sounds "sad", we say that it's a Minor chord.